A Denton, TX woman, Veronica Colby-Hutchins, has been sending holiday gift boxes for Navy enlisted men and women who do not otherwise receive any mail or packages.

Most go to the base where her son, Connor, is stationed, but her efforts have been expanding. Some go to sailors who recently lost a parent, or the parents can’t afford to send packages. Some are going to a ship overseas. She now has a list of 90 young men and women at multiple bases.

She started sending packages when her son told her that a few of the sailors were not getting mail from home. So, she added extras in his envelope to share with the others. Then she sent Valentine’s packages to 8 sailors. For Christmas, she sent 30 stockings.

Each gift box contains about 50 items, including snacks and personal care items individualized for men or women, plus a hand-made card from a local elementary school child.

One happy mom texted her, “My Sailor received his Easter box today and boy was he surprised. Made a bad day good in a heartbeat. Thank you again for organizing this.”

Another mom thanked Veronica after her son called about the surprise box he’d just received. Some of the packages have already been sent out.

She wants to continue reaching out to these young servicemen and women. It’s been more difficult since both she and her husband were laid off during the Covid lockdown. She now works part-time as a server at a Frisco, Tx. restaurant.

“I will continue to do this as long as possible. I think back to when my sister was in the Navy. She never got letters or packages until I started sending them while she was on deployment. Any love from home brightens their day and can help with their mental status.” 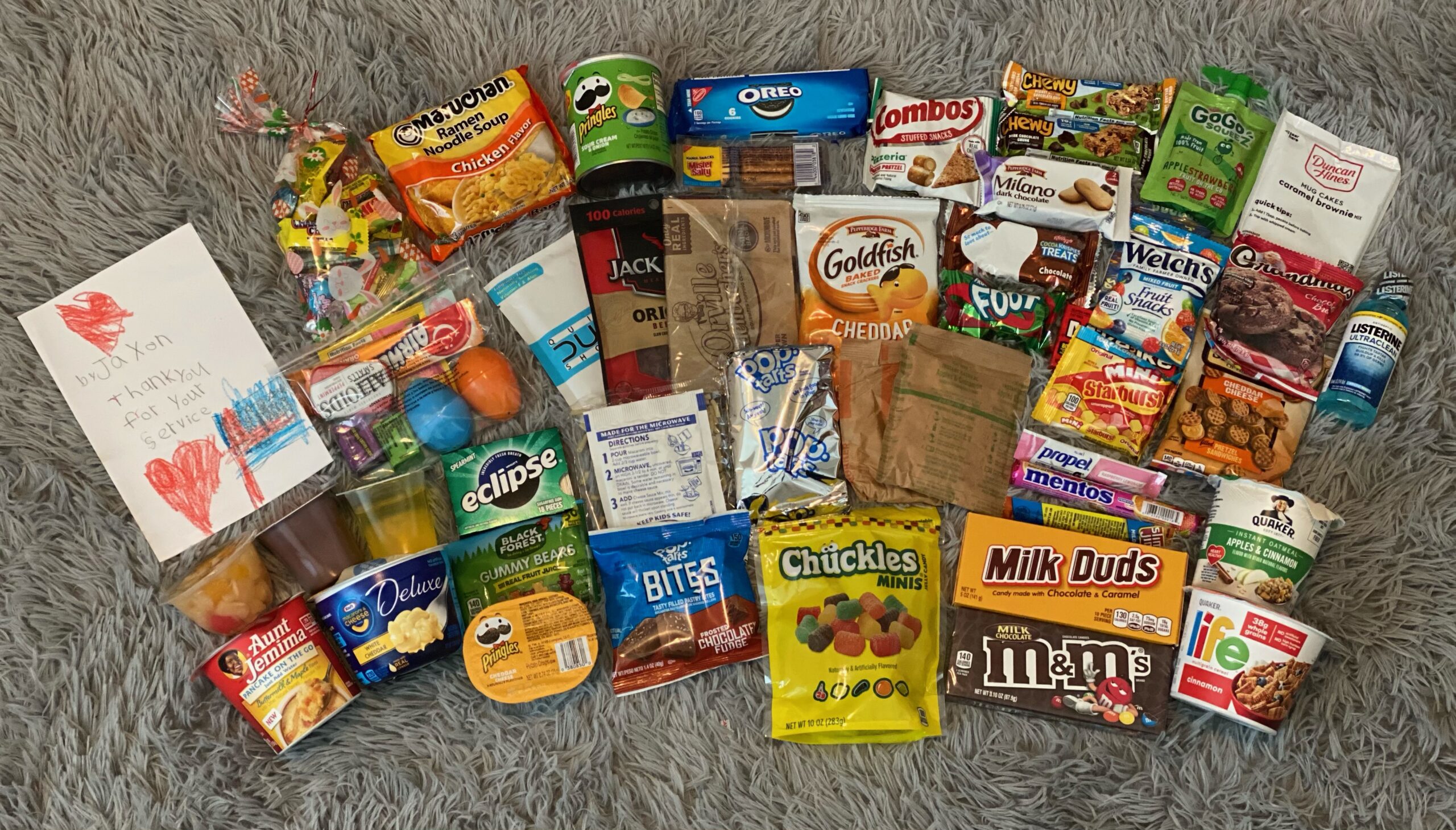 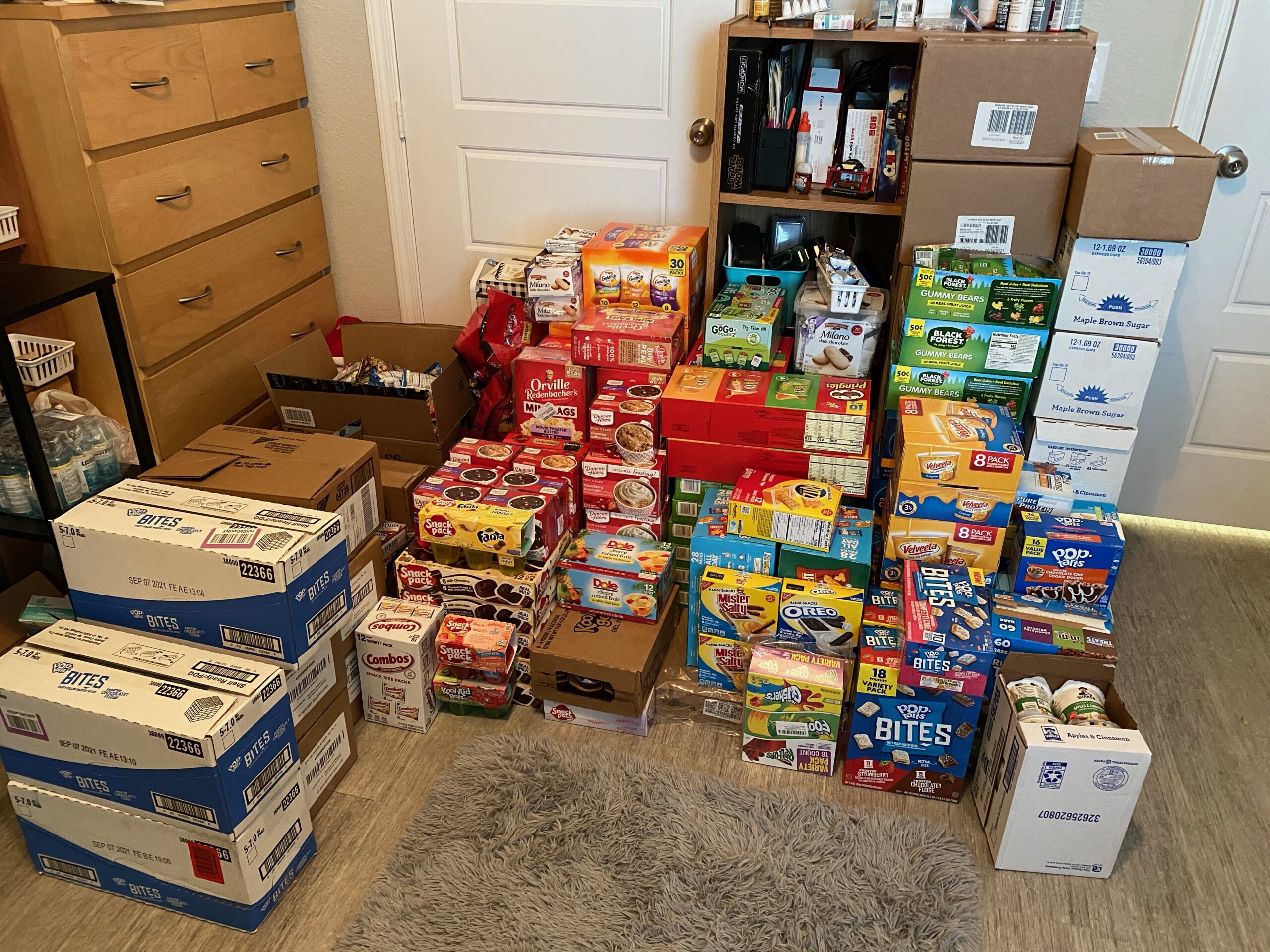 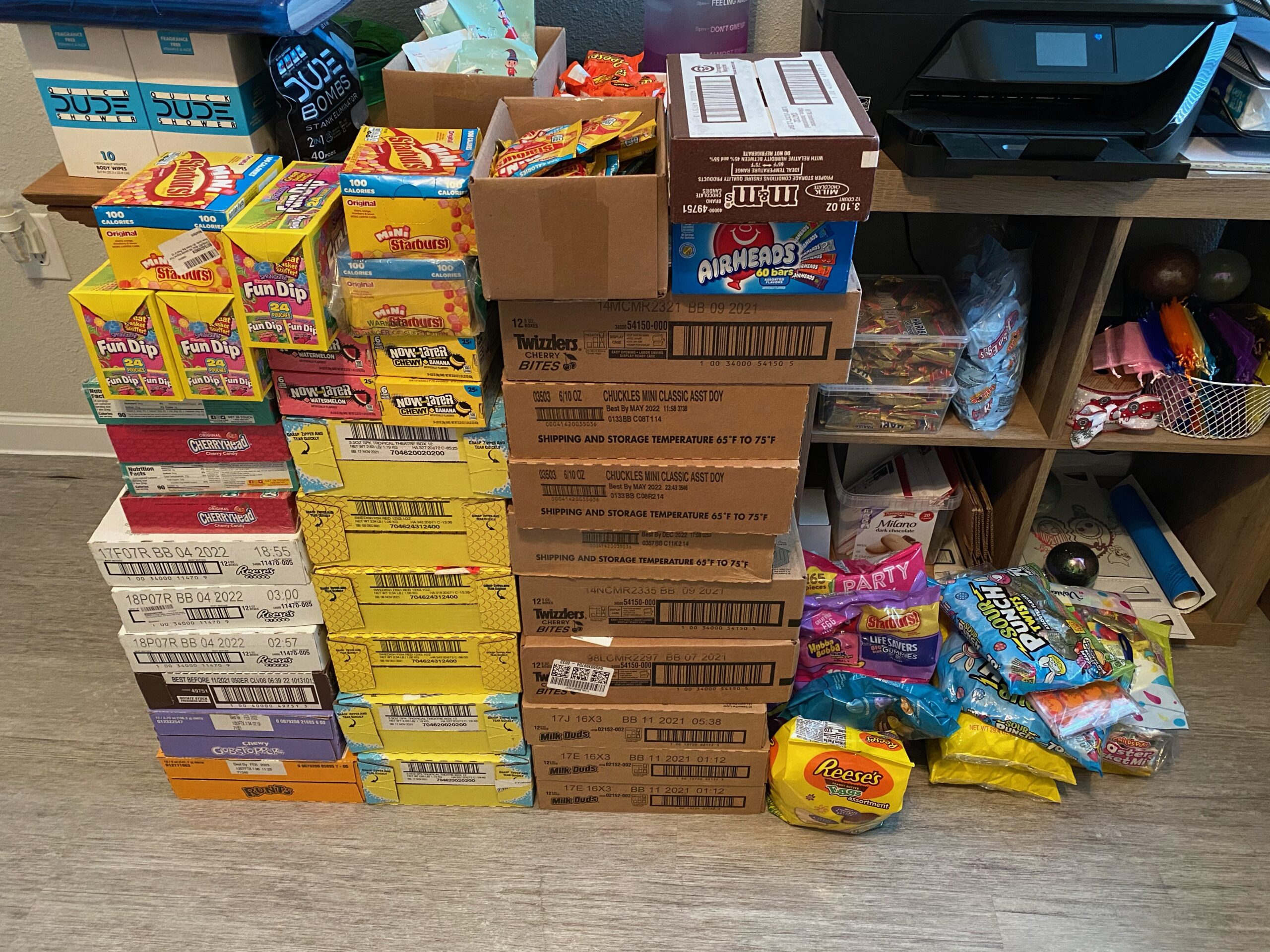